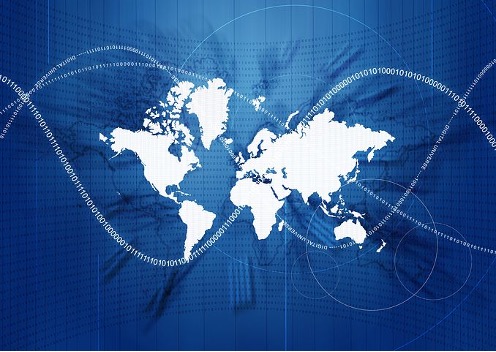 Artificial intelligence has been developing at such a fast pace that it is timely and important to stop and recall what was the promise of AI. Artificial intelligence adoption has grown in general from 4% to 15% during 2018-2019. What are the improvements that are expected to be accomplished by AI, what are the world problems AI is supposed to solve? The weak signals point towards a mix of high expectations, successes and disappointments.

Since Alan Turing posited in the 1950’s that machines could use available information and reasoning to solve problems and make decisions like humans do, AI algorithms have been developed and further development is continuing. One can define that there is weak AI and strong AI. Weak AI is limited to single, narrowly defined tasks, such as extracting something from text. Strong AI, on the other hand, is approaching human brains. Apparently, the latter definition describes more complex AI than the first one, and also reflects more expectations than the weak one. However, to reach human brains may still remain a far-off goal, and expectations for the promise of AI should be kept on a realistic level.

AI capabilities and achievements have greatly expanded over time, but that expansion has not been an automatic growth on its own or only resulting from increased computing power. The growth of AI has benefited from the growth of ”big data” measurement and storage across society, and from increased online connectivity leading to ever greater availability of data about human activity and human-produced works and annotations. Moreover, the increase of AI capabilities has required constant human innovation to cleverly sidestep complexities of training that mere brute force computing power could not scale up to solve: such innovation has included novel AI architectures such as Bayesian hierarchical models and deep learning architectures, training procedures such as efficient sampling schemes or generative adversarial training schemes, and novel ways of combining data such as crowdsourcing, incorporation of online knowledge bases, and reuse of pretrained models in natural language processing.

Typical AI training is still composed of well-defined repetitive tasks, with training data sets having know desired outputs that the AI tries to replicate and generalize to new testing data. Approaches to generalize over multiple different tasks do exist, but still mostly over tasks of very similar kinds. In contrast, human life is composed of an infinite and ever-changing series of physical and mental tasks which are rarely exactly like one another. The capability to handle, to some extent, any task set before it is still an unrealized promise for AI.

In the book The Promise of Artificial Intelligence, Brian Cantwell Smith indicates that the big promise of AI technology is to develop systems that are genuinely intelligent  but argues critically that AI research is nowhere near developing such genuinely intelligent systems. He refers to recent advances in AI that have led to excitement, anxiety, and debate but also confusion. Each AI technology development is driven by underlying assumptions, conceptions of intelligence and definitions of success. Humans need to develop and learn to use AI for those tasks at which it excels while strengthening the society’s commitment to ethical judgment, responsibility and sustainability.

High expectations are found in Finland as well: the National Artificial Intelligence Programme AuroraAI is based on the “strategic objective of “building a dynamic and thriving Finland” by “promoting smoothly running daily life and business securely and in an ethically sustainable manner”. This holds, apparently, almost an utopian promise to handle the complexity of human life.

From healthcare and medical technology perspectives, AI holds the promise to support humans in their daily lives, to take care of routine tasks, and to advance human knowledge. AI has also been expected and designed to support humans when facing very complex tasks, since AI can handle large amounts of data and thus use findings from data to assist in decision-making. For example, AI applications have been thought more holistically to cover the whole supply chain, including drug or vaccine discovery, development, production, delivery and adoption.

Care robots, which are kinds of digital twins of a nurse, may serve an example of the use of strong AI. Unfortunately, while expectations for such digital twin nurses have risen over 25 years, so far practical implementations have gained only a role in providing simple entertainment and instrumental assistance. Lina Van Aerschot and Jaana Parviainen argue in their article that still, there are very few robot applications on the consumer market that could assist and support in meeting the care needs of older persons. The care robots currently available on the market are capable of simple, repetitive tasks or colloquial interaction. Therefore, a strong AI approaching human brains in care robot solutions is far from reality.

In work life AI promises to increase the purpose in human work and decrease routine work, or even support human creativity or become a creator itself. Results of AI creativity can be humanlike: the system called GROVER can create fake and misleading news articles that are more believable than those written by humans. The worry is that in the wrong hands, GROVER could fill the internet with dangerous propaganda and misinformation. However, a hopeful silver lining is that while such AI can generate fake news the algorithm is also able to detect AI-written fake news better than any other tool out there.

From a business perspective, AI solutions are expected to provide competitive advantage by augmenting human intelligence. This is however still also just a promise. Most of the AI solutions still are far from human brains also in the work life applications. According to Silo Ltd. CEO Peter Sarlin “Artificial intelligence should not be confused with super-intelligence or humanoid robots. At the moment, it’s about the machine doing one narrow thing better than we humans do.”